Websolved Is a startup, which provides All The web services and digital marketing services at best rates in one website. We aim to make business on internet a better and affordable place by giving you the best services at unbelievable rates.

Interested in Our Services ? Get In Touch With Us Right Now.

Google Replaces FLoC with Topics API: What You Need to Know 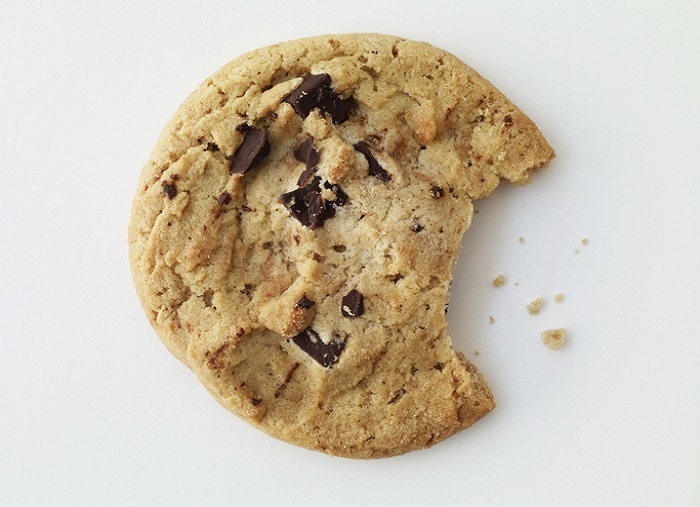 This post was co-written by Susie Marino and Kristen McCormick.

With the deprecation of third-party cookies, Google’s been working to come up with a way to maintain privacy while showing relevant ads—a win-win for advertisers and consumers.

Its initial solution was FLoC, but now Topics API will be taking over as the new star of the cookieless targeting show. Read on to learn:

We’ve also included a Topics FAQ at the bottom of the post.

What is interest-based advertising?

To understand what’s going on, you’ll need to first understand what interest-based advertising (IBA) is. IBA is when a user is served ads based on their interests, which are inferred by the sites they’re visiting. This allows advertisers to reach the right audiences and users to see relevant ads. However, this information is often gathered by third-party cookies, which as we all know are not privacy-friendly and are going away.

FLoC (Federated Learning of Cohorts) was Google’s initial solution for interest-based targeting without third-party cookies. We break down all the FLoC details here, but basically, it would bucket users into cohorts each week based on their browsing history, then report those anonymous cohorts back to websites for advertising purposes.

But FLoC had flaws, like lack of clarity and transparency from the user perspective and several serious security risks. Topics API aims to absolve many of those issues.

What is Topics API?

On January 25, Google announced that FLoC is now getting replaced by Topics API as a better solution for interest-based advertising based on information and community feedback from its earlier FLoC trials.

We cover more in our Topics FAQs below, but here’s the quick version:

The main difference between FLoC and Topics API is that, instead of assigning users cohort IDs every week, it will assign three to five possible topics of interest every three weeks, based on their browsing history. The API will then report three of those topics to participating sites, which they can then use for advertising purposes.

For example, a site discussing skiing and snowboarding would be put in the “Sports” topic category. Topics are set to exclude potentially sensitive categories (i.e. race, sexual orientation, religion, and more). There are currently 350 topics, but that number is expected to grow to hundreds or even the low thousands. Sites can opt out of being assigned a topic and users will be able to see the topics they’re assigned to.

What the PPC Community is saying about Topics API

You know that saying “it’s not rocket science,” well they should change it to “it’s not Google science.” The Topics API can definitely be a challenge to digest, and PPC experts already have a lot to say. Here are three general sentiments I’ve gathered based on what I’m seeing in the PPC community:

To start off on a positive note, Tinuiti’s Paid Search leader Aaron Levy commends Google for trying to find a happy compromise between user and advertiser—even though the platform hasn’t given us all the answers.

Some thoughts on Google’s announcement of topics from myself and some of my peers. TLDR: A lot of fuzziness is still present, but it’s encouraging to see Google working with broader industry feedback and working towards stability.

In the Tweet’s Search Engine Land article, Aaron goes on to say:

I agree. There’s no getting around the sunset of third-party cookies. At this point, the PPC community will take what it can get.

Not a huge surprise

A more neutral sentiment here, but Simon Harris, Director of Trade Desk at DPG Media, is not surprised, based on the history of these efforts, and finds it to be a “common-sense approach.”:

This goes along with Aaron’s previous point that some sort of middle-ground solution needed to be made. FLoC was already known to have issues, so it was really just a matter of time before Google released another proposal, like Topics.

Many advertisers feel that the list of topics isn’t nearly as precise as they’d like. I think, to be fair, Google can only make so many topics before its list gets too specific. While advertisers want more from the topic category choices, I think that could lead to Google going down a rabbit hole to meet the needs of every niche market.

That being said, I can definitely understand where this sentiment from Jayesh Easwaramony, founder of Spectra Global, is coming from. He claims targeting will get worse and provides this example.

While it’s fun to laugh at this comic displaying the vastness of the Fitness topic category, the concern is valid. Someone casually browsing a fitness-related website on New Year’s Day is completely different from someone who works as a personal trainer. Odds are, they’d be patrons at different businesses, too.

What you can do

Wondering what all of this means for your own advertising strategy? Try these next steps:

Would this really be a WordStream news post if I didn’t throw in my two cents? I think all three points mentioned above round out what every advertiser is probably thinking: the value of Topics is on standby. There are basically three main takeaways here:

While Topics is a necessary move on Google’s part, it’s still too soon to tell how well this initiative will shake out for advertisers.

Google shares more information on Topics here, but here are some important ones.

When will the Topics API start?

In its announcement, Google shared that it will be launching a trial of Topics and user controls in Chrome “soon,” for “developers and the ads industry to try it out.”

The final design of the user controls and the other various technical aspects of how Topics works will be decided based on your feedback and what we learn in the trial.

How many topics will there be?

Google is currently estimating around 350 to start but expects the final number of topics to reach a few hundred or thousand. Find the full list here.

Can users see what their topics are?

Yes, you’ll have full control over this feature as you’ll be able to see topics, remove ones you don’t like, and even disable it completely. Chrome will also share a full list of available topics.

What are “participating websites?”

This refers to the websites that end up using the Topics API—meaning they will allow Google to assign a topic. Sites can opt-out of being assigned a topic, but they won’t receive topic data either.

What data is used to determine topics?

Google actually assigns Topics to websites and will tag you with a topic based on the sites you’re most frequently visiting. Google writes “The calculation of the most frequent topics occurs entirely within the browser, without sharing data with external servers. The resulting topics may be sent to servers in an anonymous way for sensitivity and abuse analysis.”

Where can I learn more about Topics?

Google has some helpful resources for more learning, including: